Darren Yarrow(vocals) and Greg Stephenson(guitars) believe music should make you feel something. They are an Australian rock band whose songs tell a story, drawing inspiration from life’s experiences.

Darren and Greg formed Crashing Tomorrow in 2010. Based on the fringe of Brisbane in a town called Peak Crossing, they started writing music, which became their first album – ‘White Bikini’. Released in September 2013, it was welcomed into the music scene receiving radio airplay both nationally and internationally.

Wanting to expand their material for live performances, plus give their fans an even bigger sound, Darren and Greg wrote and recorded their second album, ‘Lone Rider’. It was released on August 14th, 2015 alongside the first single – ‘Secrets’. 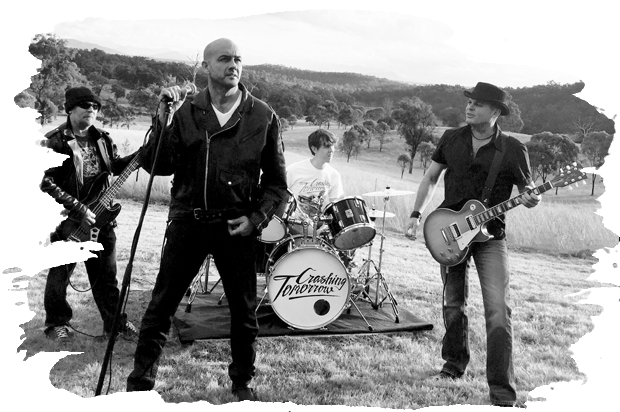